A Special Collaborative Event for Women in Cybersecurity, IT, Academia, and Executive Management

Join your Peers at the Beach on September 22, 2022 at the Annenberg Beach House in Santa Monica, CA.

Join us for a full day of the MOST INSPIRING WOMEN LEADERS from a wide spectrum of the regulatory, law enforcement, legal, compliance, security, and cyber sectors. Our mission for the WOMEN IN SECURITY FORUM is to provide a focus for women in InfoSec through networking, panel discussions, peer mentoring, and workshops. Women working in cybersecurity currently account for less than one quarter of the overall workforce. Attend the WOMEN of INFLUENCE in LA Session with Stacy Paetz that includes Adriana Sanford, Carol Alexis Chen, and Dr. Prineha Narang. We also encourage everyone to visit the Career Corner.

• Award-Winning International TV Personality Stacy Paetz became the first female and youngest individual in the NBA to host each pregame, halftime and postgame show, as well as report from the sidelines for the Indiana Pacers on FOX Sports for seven seasons. In 2014, Paetz became the first female announcer in the 90-year history of the World-Famous Harlem Globetrotters, announcing on both U.S. and International tours. She joined CBS Sports Network in 2018, as the featured reporter for the inaugural Major League Rugby season, including hosting the Trophy and MVP ceremonies. Paetz is also the first-ever host for Amazon’s weekly show for the National Women’s Soccer League. She hosted Softball at the 2022 World Games and created a documentary that is set to air worldwide in 2024.

• Carol Alexis Chen is a Partner and Trial Lawyer at Winston & Strawn LLP, where she handles high stakes white collar criminal and complex civil litigation, responds to government inquiries and conducts internal investigations, and counsels her clients on compliance and remediation programs, particularly as they relate to anti-money laundering and financial crimes, trade and export control violations, and Fintech and cryptocurrency laws and regulations. She is an award-winning former career federal prosecutor who served as the first female chief in office-history of the International Narcotics, Money Laundering, and Racketeering Section (formerly known as the Organized Crime Drug Enforcement Task Force Section) at the US Attorney’s Office in Los Angeles. She held various high-level positions and led significant, high-profile initiatives, task forces, and working groups on behalf of the DOJ including as Liaison to the DHS Joint Force-West on Security for all California US Attorney’s Offices and supervised global operations and prosecutions related to darknet, cryptocurrency, and encrypted communications.

• Dr. Prineha Narang is the Howard Reiss Chair and Associate Professor in Chemistry at University of California, Los Angeles (UCLA). She is also the Founder and CTO of Aliro Quantum, and a former Assistant Professor of Computational Materials Science at Harvard University. Her work has been recognized with many awards and special designations including, among others, the Mildred Dresselhaus Prize, a Friedrich Wilhelm Bessel Research Award (Bessel Prize) from the Alexander von Humboldt Foundation, a Max Planck Sabbatical Award from the Max Planck Society, and the IUPAP Young Scientist Prize in Computational Physics in a National Science Foundation CAREER Award. In 2017, she was named by Forbes Magazine on their “30 under 30” list for her work in atom-by-atom quantum engineering. Dr. Narang earned a M.S. and Ph.D. in Applied Physics from the California Institute of Technology (Caltech) and served as a Research Scholar in Condensed Matter Theory at the MIT Department of Physics.

The lineup of distinguished speakers includes: 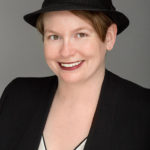